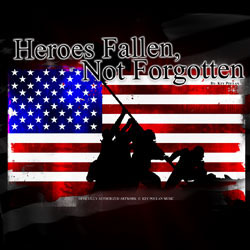 Mvt. 1: "Shades of Shenandoah for Mrs. Bixby" is a musical reflection of the Civil War (through the tune "Shenandoah") and the great president Abraham Lincoln. The widow Mrs. Bixby received a letter from Abraham Lincoln on the loss of two of her sons in the Civil War. The tenderness with which President Lincoln expressed his sorrow is heard in the solemnity of the music, reaching out to comfort those who have experienced the loss of a loved one in service to their country. A subtle patriotic essence permeates this lovely piece, sad but full of hope for a better tomorrow.
[ Download ]