Need for Speed, The (Full Instrumentation) 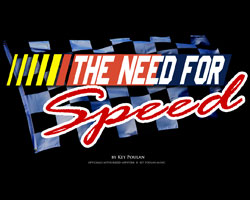